back to search results

May 1, 2015 - Kathmandu, Nepal- A broken statue of a Lord is seen a street after following massive earthquake magnitude-7.8 hit the country on 25 April 2015 in Shanku area Kathmandu, Nepal. School of Civil and Environmental Engineering Associate Professor Linlin Ge said the displacement was less than expected, prompting fears the stress that caused the initial earthquake may not have been fully released. "It should be roughly several meters," he said. There are a lot of concerns about what is to come in terms of aftershocks, because the ground displacement is much less than we expected. The official death toll in Nepal has reached 9,231 people including 57 foreigners, with 112 foreigners still listed. Another 10,915 people were injured and 454,769 have been internally displaced. 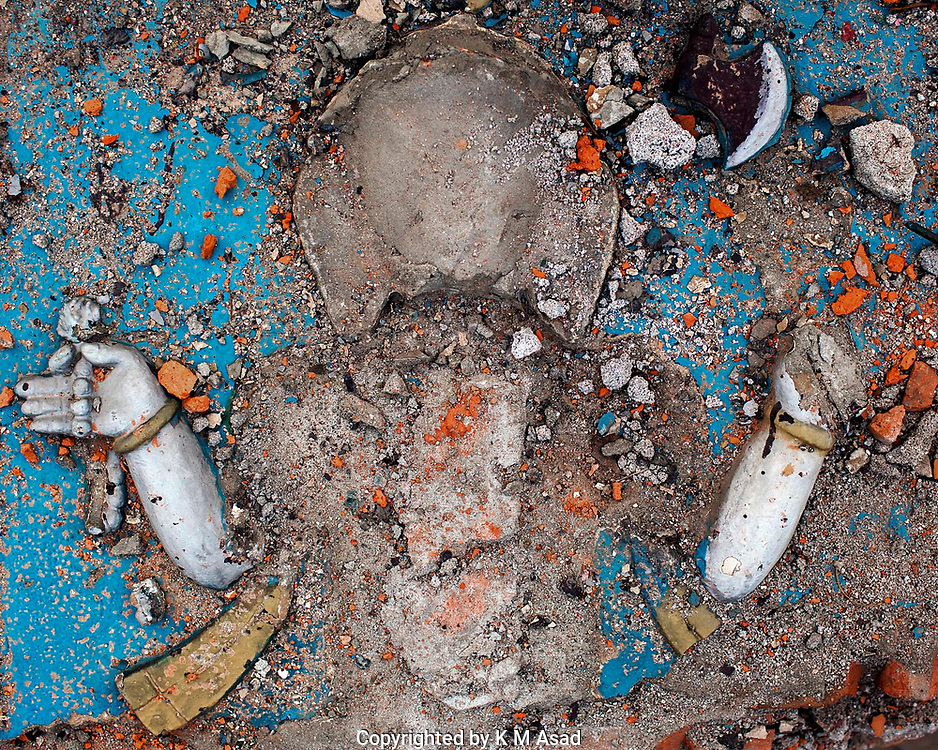